Thunderstorms are few and far between in the San Francisco area. Nora Eliot Saylor just happened to be born on the afternoon of a particularly rare and angry thunderstorm, something her parents could only hope wasn't a sign for their only daughter's future. Elena Saylor had been in labor for twenty-seven hours with Nora, with her husband, Peter, and a midwife by her side the entire time to insure both mom and baby's health and well-being. Nora came crying into world on April 20, 1988, the result of a home birth at a time when many people relied on obstetricians and c-sections and modern medicine to bring their offspring into the world.

But not Nora's parents. They were the real life Keatons, straight out of Family Ties. Reformed hippies who were now living fairly cushy lives in Orinda, California, the polar opposite of the Peace Corps assignment on which they'd met. They raised their daughter to be a self-sufficient critical thinker from a young age, and though they weren't exactly living the farm life in the greater San Francisco Bay Area, they lived off of the land where they could. Vegetable and herb gardens, chickens raised in the backyard for the purposes of providing the family with fresh eggs, weekly trips to local farmer's markets and bartering with like-minded friends and neighbors. The Saylor family were locavores about thirty years before the word had even existed.

Nora led a fairly unremarkable childhood, stirring up trouble where she could, as kids are prone to doing. She had friends, went on play dates, and tried out different after school activities, some of which stuck and others were just phases. She had only just begun to grow into her own skin when her parents dropped a bombshell one night at dinner: they were moving to London. Elena had been offered a visiting professorship at King's College, and after several long, hard discussions, the Saylors decided that it was in their best interests to uproot their lives and that of their young daughter's. Nora was excited at the prospect of living in a big city abroad, but as she soon found out, it wasn't all fun and games. She was enrolled in school shortly after they had arrived in the UK, and she found herself subject to teasing and insults from her British counterparts in the classroom. She spoke 'funny English' and probably ate gross, American food (how they knew stumped her, seeing as how they bought the same lunches from the same cafeteria). She was eventually able to make friends of her own, and her busy parents breathed a sigh of relief.

Elena's professorship went by quickly, and it wasn't long before the family was packing their belongings and headed back to California. Readjusting back to life in Orinda didn't go as smoothly as they had planned. Dealing with a second upheaval in just a few years didn't exactly have have Nora sitting pretty. She eventually settled in, made a few close friends of her own, and became the well-adjusted, sunny tween her parents knew her as. Of course, this didn't last long, and just after ninth grade, her parents packed up house again, this time headed for Charlottesville, Virginia, where both Saylor adults had professorships waiting for them at UVA.

In an attempt to salvage their daughter's social life and well-being, Peter and Elena chose to enroll her at St. Andrews School in Delaware. Starting tenth grade away from her family, Nora contemplated how to reinvent herself. She had the opportunity to come up with a new identity that would appeal to her new classmates. After all, they were all getting fresh starts, so why couldn't she? After a summer of deliberating, she chose to arrive at St. Andrews as no one else but herself. Over the next three years, she made a handful of friends for herself, something that would have been impossible to avoid in such close quarters. She wasn't popular by any means, but at least she wasn't a total misfit.

That is, until halfway through her senior year, when she was accused of being the student who snitched on a group of girls who had cheated on a chemistry exam. The news had resulted in a round of expulsions for the students caught cheating, and Nora found herself ostracized by her peers once again. She denied playing any role in the accusations, and it wasn't until towards the end of her time at St. Andrew's that she discovered the culprit to be her own former best friend. Miserable and alone, she finished off the rest of high school as an outcast once again. College was the next step for Nora, and fortunately it wasn't too far off. Her stellar grades meant that she had her pick of schools, and she ultimately chose Barnard College, where she majored in biochemistry. The lab quickly became her new love. College came and went, and with it, the experience one usually gains in that setting. She made friends, forged new relationships, broke a few hearts, and had hers broken in return. Three years in New York went by pretty quickly, and Nora found herself packing her bags once again, this time for a move further north.

Somewhere along the way, she had decided that medical school was her next step. An arduous application process had both worn her down and excited her for what was to come. All signs pointed to Dartmouth College, where Nora spent four years cramming in as much information as she could about the human body and saving lives. Though she was used to being one of the brightest and best, so was everyone else in her class. She sat comfortably in the upper third of her med school class, and while that felt like settling for a while, she slowly grew used to it, realizing that being in medical school already meant that she was one of the best.

After a busy and stressful matching process that had Nora flying all over the country for interviews, she was matched at Massachusetts General Hospital. Eager to be closer to family, she packed up her belongings yet again and settled into a comfortable apartment in Beacon Hill. Five years later and finishing up her general surgery residency, Nora continues to put in long hours as she enjoys her standing just above the bottom of the totem pole. With so much time dedicated to her career, Nora hasn't had much of an opportunity to have a proper social life. She eats, sleeps, and breathes medicine, but being able to live in Boston for an extended period of time has given her some much needed stability and the opportunity to find a better balance between her professional life and her personal life. • Her family is Jewish; grandmother was formerly Modern Orthodox
• Skipped kindergarten and finished college in three years
• Played for Columbia's Quidditch team as a Chaser
• Experiences spatio-temporal number form synesthesia and personality-color synesthesia
• Has a fear of snakes
• Is convinced that ghosts are real
• Has a hard time controlling her facial expressions
• Loves breakfast and brunch 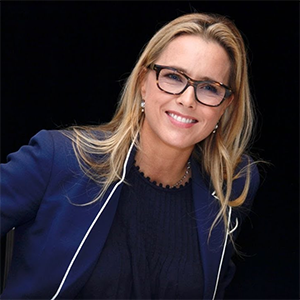 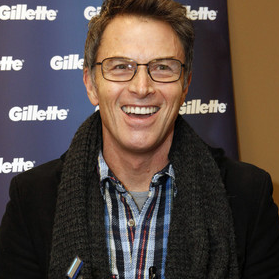